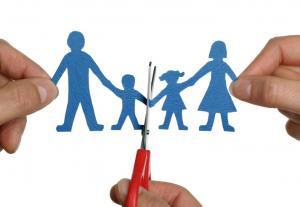 Reports that one Kiwi child in four is growing up in a single-parent home (Dominion Post 30 April, 2011) make for grim reading.

Based on a study which shows New Zealand’s rate to be the third-highest in the OECD, the article also reports Children’s Commissioner John Angus saying that Kiwi children were four times more likely to be living under the poverty line if they were being raised by a single parent.

NZ Christian Network national director Glyn Carpenter said this is not so much the fault of individual parents involved, as a failure of our whole society to recognise the importance of marriage and do the simple things necessary to support it.

“We know that many people in single-parent homes do not choose that situation.

“But when there is anecdotal evidence of high-school teachers responsible for teaching sex and relationships classes saying it is inappropriate to talk about marriage, it’s easy to see how the importance of marriage in society is undermined.

“When you compound this by a lack of adequate preparation for marriage, unrealistic expectations, and the fact that many people are not connected to a church, which can provide experience and a supportive community, it’s no wonder we have the situation we do.

“The Ministry of Education needs to clarify the situation, and ensure that curriculum guidelines include the discussion of marriage, so our young people can make informed choices.

“With the best will in the world marriages can still fail,” said Carpenter. “But many more will fail than need to when the importance of marriage is not promoted by all spheres of society.”

New Zealand Christian Network is a broad-spectrum network of churches and Christian leaders, with a Board of Reference that includes leaders from all the main denominations. It seeks to present a biblically orthodox position on issues, reflecting the views of the majority of Christians in New Zealand.